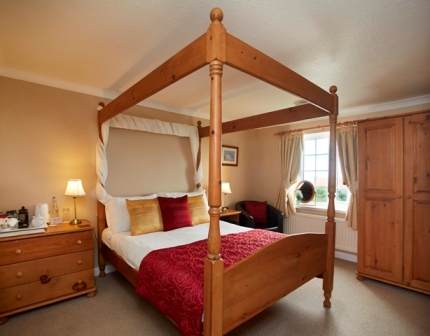 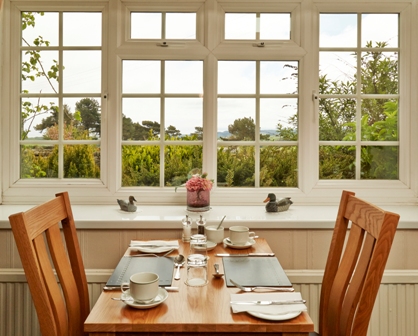 The ruins of Whitby Abbey are among the most celebrated sights of North Yorkshire. The first monastery here, founded in about 657, became one of the most important religious centres in the Anglo-Saxon world. In 664 it was the setting for the Synod of Whitby, a landmark in the history of the Church in England. The headland is now dominated by the shell of the 13th-century church of the Benedictine abbey founded after the Norman Conquest. It was founded in 657 AD by the Saxon King of Northumbria, Oswy (Oswiu) as Streanshalh (Streonshalh).  The name Streoneshalh is thought to signify Fort Bay or Tower Bay in reference to a supposed Roman settlement or Roman Sigmal Station that previously existed on the site.

He appointed Lady Hilda, niece of Edwin, the first christian king of Northumbria, as Abbess. The double monastery of Benedictine monks and nuns was also home to the great Saxon poet Caedmon.

In 664, the abbey, built on the east cliff overlooking the Esk and town of Whitby, was the site of the Synod of Whitby, at which the Northumbrian Celtic church was reconciled to Rome.

In 867, the abbey fell to Viking attack, and was abandoned until 1078, when it was re-founded by Regenfrith (Reinferd) a soldier monk, under the orders of his protector, the Norman, William de Percy.

Recent excavations have shown that the Whitby headland was settled during the late Bronze Age. A round house within a ditched enclosure was found near the cliff edge, and a number of objects dating to this period have been recovered.

The Whitby headland may have been occupied by a Roman signal station in the 3rd century AD, as it is midway between known stations at Goldsborough and Ravenscar, and is in a strategic position at the mouth of the river Esk. If so, the site of the signal station has probably long since fallen into the sea as the cliffs here have eroded steadily.